How to price a mobile software development project? 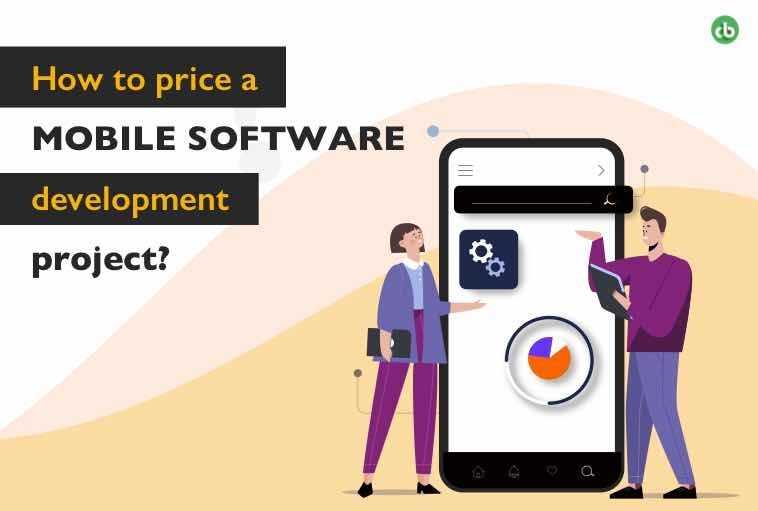 Nowadays, more than 1.5 million apps throng each in Apple’s Appstore and Google Play Store – which highlights the importance of mobile apps. Mobile software development is about building mobile apps for devices that run mobile operating systems.

Creating a mobile app has a development lifecycle similar to the traditional Software Development Lifecycle (SDLC). The following factors determine the best-fit approach to the mobile software development process and thus, the pricing:

Let us look in detail at some of these factors.

The number and complexity of features that are included in a mobile app change the estimated time required for the development. This affects the hourly rate of the developers and others on the team. Based on complexity, mobile apps can be broadly categorized into three kinds:

Based on the physical location of the specialists required for developing a mobile app, the costs will vary. Companies located in countries with a higher cost of living tend to have higher rates. Developers in the USA, Canada, UK, and Australia are more expensive than Eastern Europe, Middle East, and South America while India can offer the most inexpensive rates.

Although freelance specialists charge lower than their full-time counterparts, it is beneficial to hire dedicated developers and full-stack web developers. They can develop both client and server software while ensuring round-the-clock commitment, post-sales support, and maintenance.

Native programming renders better performance to any code meant exclusively for a singular platform. Developers can use native languages to develop separate applications for iOS and Android, however, they may prefer to write a single codebase that can be shared across all applications. Developers can build both simple UIs and complex applications as it interacts directly with native APIs rather than middleware plugins. This results in using the full efficiency of the code and better performing apps, which in turn affects pricing.

Many well-known companies (like Airbnb) have switched to native code because users prefer native mobile applications with more attractive UI features, consistent UI design, look of the app, and so on, which can be easily created via native languages. It also provides immediate access to the latest features and updates. Thus, if the mobile app requires complex features, it is better to use Java or Swift as it ensures reliability despite the occasional steep pricing.

Flutter, according to them, is popular because it is the easiest SDK for ‘building beautiful, natively compiled applications for mobile, web, and desktop from a single codebase’. Based on Dart, it not only looks elegant but also provides its own widgets and is open source. Because all code changes show up on the app almost ‘live’, it amps up app development, making it one of the fastest coding processes. This reduces the costs of app development and one codebase can be shared over both iOS and Android. This also means less testing, which further reduces time spent and costs. In short, it is possible to control app development prices by using Flutter because it is a free platform. Smaller businesses don’t need to pay a license fee, so the expenses can be paid to the Dart expert. This, in turn, affects pricing.

This open-source JavaScript framework is also free, compatible with multiple operating systems, uses hot reload to reflect real-time code changes, and allows quicker product development. React Native uses React JS, which makes it faster, more responsive, and reduces the load time. React Native typically offers less security compared to other native apps and substantial testing is required. Thus, app pricing may be affected. However, a shared codebase and ‘fast refresh’ allow developers to run the app while modifying the UI, which translates to lesser costs and less time spent developing the app. This makes React Native an affordable option, besides the fact that developers don’t need to be trained in Java or Swift to build a working app with React Native. Developers with expertise in hybrid app development can successfully create an efficient React Native app easily.

Thus, the choice of an offshore development company along with the technologies used has a major impact on pricing and costs and the time to market the app.

These are key to an efficient mobile app development and defining characteristics of a good offshore development company. A mobile app is expected to be up and running, and dynamic over time. Certification costs, auditing also add to the development costs.

Based on how the mobile app is hosted, pricing can differ. Pricing can differ if it is hosted on the cloud or not and whether a daily, monthly, or annual billing model is chosen for it. Pricing will vary if a data-based model proportional to the amount of data exchanged or hosted is chosen. Also, the development infrastructure costs can change due to an on-premise development or a remote work model, tools used, hardware requirements such as servers or data centers required, licensing for software required, and infrastructure sustainability costs that include disaster recovery costs, and so on.

Some popular pricing models that are followed in the industry include the following:

We create custom solutions for our clients, which means we approach each project differently and understand the requirements upfront before we determine the pricing strategy and costs. We can tailor the resources and the project based on your budget and then provide an estimate of how mobile app development will go for a particular project. What sets us apart is our use of cutting-edge technology and proactive post-sales support.