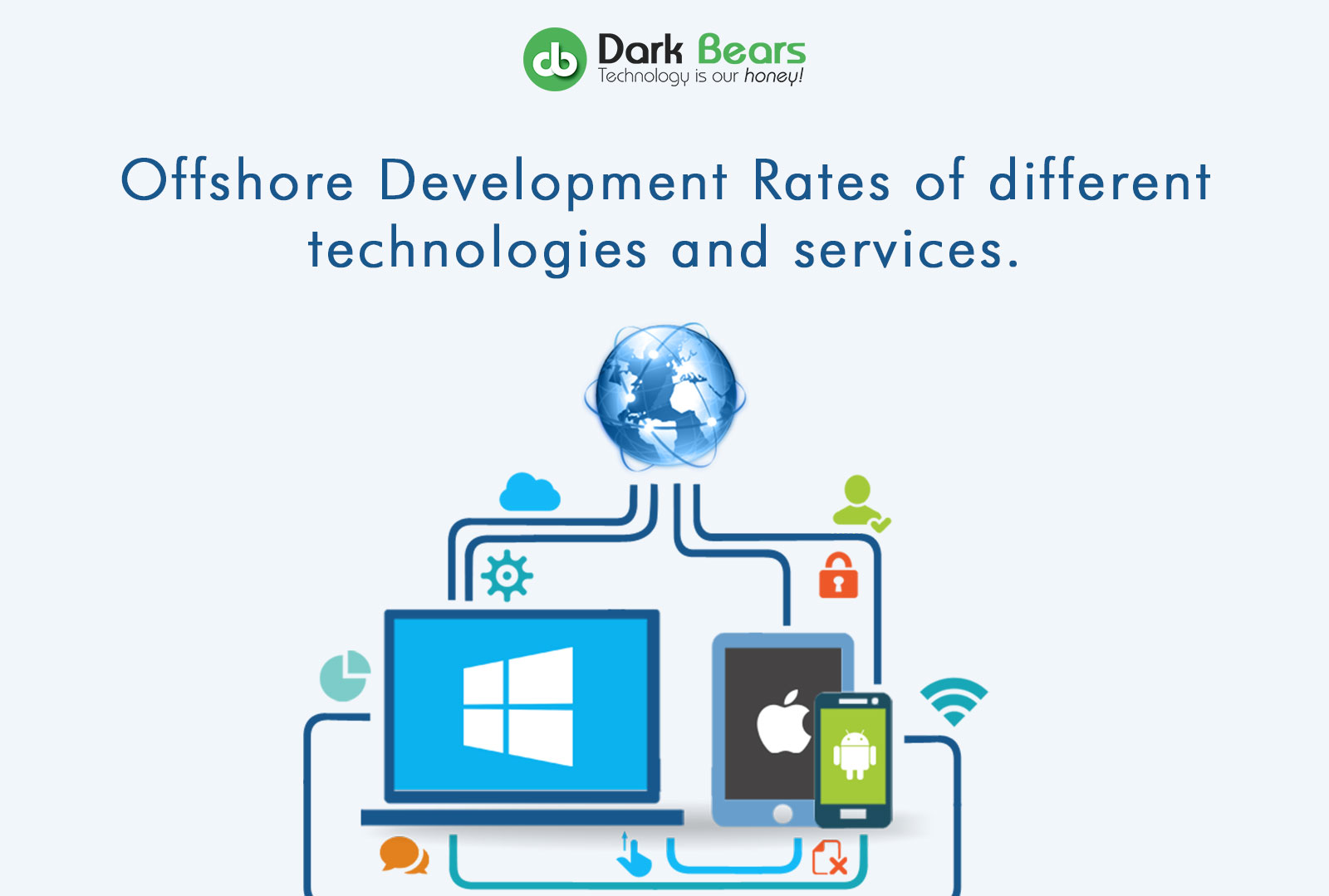 One of the reasons why individuals or companies outsource their projects to offshore companies is comparatively high development rates in their own countries.

Thankfully, you can find a good offshore software development company with competitive rates.

However, to know which country will best suit for you to outsource your project, you need to conduct your research and compare offshore software development rates of different countries and continents.

As per Statista, the total global market size of IT outsourcing is $92.5 billion.

How much will it cost to hire offshore software developers in top regions of the world?

When it comes to IT outsourcing, there is a total of four regions in the world to check out.

The above table shows rough estimates of hourly offshore billing rates for outsourcing. If you want to know exact rates, you need to discuss things in detail with vendors.

Now, we will discuss each region separately to know more about them. We will discuss their hourly rates, education, pros, and cons of hiring software developers of these regions.

Eastern Europe has become a hub for the outsourcing IT industry in recent times. Eastern European developers are highly skilled and complete projects on time. The revenue of the total IT outsourcing industry is growing rapidly, approximately 20 to 25% per year. Remember that the global average is just 5% per year.

One of the common reasons Eastern European countries are becoming hot-shots in the outsourcing IT industry is many universities and excellent business conditions. In Kyiv, Ukraine, there are more than 75,000 software developers. It shows how rapidly they are becoming the center of attraction in the global IT industry.

Here is a country-wide outsourcing rate for Eastern Europe:

What are the pros and cons of hiring Eastern Europe software developers?

Asia is another hub of software development companies. Countries such as China and India are the best countries to collaborate with if you are looking for highly-skilled software developers.

When it comes to Software Developer Hourly Rates in India, it starts with $18 to $20 for a junior engineer and $40 for a senior developer. Apart from China and India, you can hire software developers from Indonesia, the Philippines, Vietnam, and Pakistan. They are also available at almost the same rates. India and China have more than 5 million software engineers each, and they are known for their high-quality software development services.

What are the pros and cons of hiring Asian software developers?

Latin America has become a preferred choice among many American companies due to its location and the minimum time zone difference. Also, there are no language issues as they are also good at speaking English.

If you hire a junior offshore software engineer from countries such as Brazil, Argentina, or Mexico, offshore software development rates will be up to $30 per hour. On the other hand, if you are hiring a senior developer, it will cost you up to $50 per hour.

However, you can also find developers for hourly rates as low as $7 to $15, but you might not get good quality services.

What are the pros and cons of hiring Latin American software developers?

Some countries that deal with offshore outsourcing projects are South Africa, Kenya, Nigeria, Egypt, and Morocco. If you want to hire a junior developer in Africa, it might cost you up to $20 per hour. However, if you want a senior developer, you have to pay up to $40 per hour.

What are the pros and cons of hiring Latin American software developers?

(All values are in USD)

Do you want to know the main things to consider while hiring offshore developers for your software development project? Here is a list of things to focus on.

The first thing is the primary thing you are hiring an offshore developer. You need to check and compare the software development rates by country. Remember, cost reduction is your ultimate aim. Ensure that you get the best and competent deal for your project. As per the study, 59% of companies hire offshore developers to reduce their costs. On the other hand, others look for offshore developers as they don’t have the required skills and talent in their home countries.

However, you need to remember not to prioritize price over quality. If you get a good and cheap deal but no quality of work, there is no point in such collaborations. Ensure that you hire the best developers at the best deal you can get in the market.

It is the reason you need to analyze and compare outsource developer rates in 2022 to make the best decision that serves the core purpose of getting skilled developers at the best price in the market.

Check out how the tech industry is there in the region.

How many technology universities are there in a country? Check out the quality of education offered there. Are they well-versed in multiple technologies required for your project? Are they good at communication? Are they comfortable working in a situation with different time zones?

These are some questions you need to answer to find the best decision. For example, if you want to hire an Indian developer as a software developer, hourly rates in India are convenient to you. However, you might not want to work in altogether different time zones. In this case, you might think of hiring a developer from Latin America.

In addition to that, if you are looking for a development specialist with a special skill such as Scala or Q#, you might find it difficult to hire a developer.

One of the common things that companies and organizations ignore while hiring an offshore partner is considering the time differences. For example, if you are from the USA and hire an Indian developer, it might be difficult for you to communicate with him due to a different time zone.

When you want to hit the bed at 1200 hours, an Indian developer goes to the office in the morning. What would you do in such conditions?

The best way is to ask the developer whether they will be comfortable working as per your time zone? Due to cut-throat competition, most companies and freelance developers agree to work as per clients’ time zones. If you are lucky, you might not suffer from time differences.

Check out the Culture.

You should not miss culture compatibility while hiring an offshore partner for your project. It will make things more smooth and comfortable between you and the partner you have hired.

Sometimes, you might end up getting a good deal in terms of price, but the taxation system of the offshore country might not be business-friendly, and you end up paying more than you anticipated.

The best thing to do is to ask questions you have in mind directly to the company owner. Questions include the legal system, tax collection system, tools they use for project management, communication mediums, and more.

When you hire someone well-versed with your culture, you will create a friendly and comfortable working environment. It will also save your time during the project management cycle.

Yes, it is tricky to find an offshore partner for your software development project, but not as difficult as it seems. All you need is patience and research. Check out the offshore software development rates mentioned in this guide, and you will be able to decide for your project. Also, don’t miss things to consider covered in this guide to avoid clashes and issues in the future.