Some Thoughts about TypeScript, Kotlin & their Application in Systems Programming 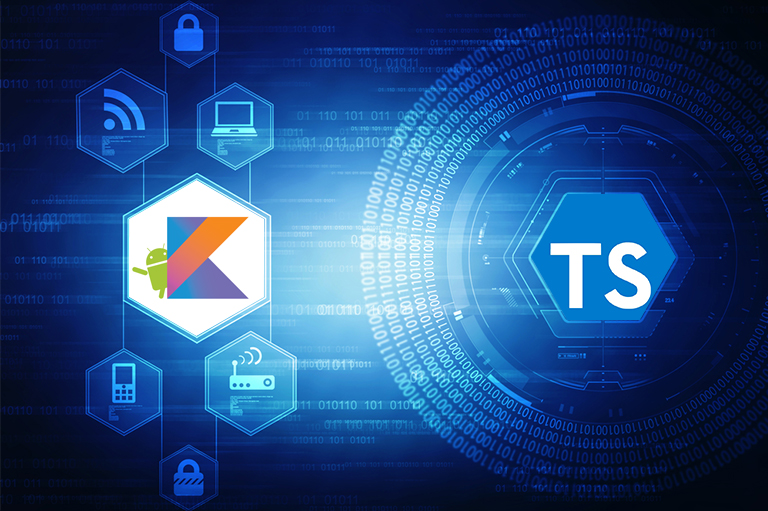 Development frameworks have come a long way. Earlier bulky and cumbersome frameworks formed the basis of robust software. These have now evolved. They aim to boost developer productivity, reduce the occurrence of bugs, and help improve the overall quality of products.

So, what’s behind their rise in popularity? And what role can they plan in systems programming?

In the ever-changing software development world, programming languages need to constantly evolve to meet the needs of businesses and users. TypeScript, with its advanced features, has been attractive for a while now. Being a superset of JavaScript, it provides minimal checking syntax on top of JavaScript. This allows developers to type check their code, identify bugs, and quickly improve the organization and documentation of large JavaScript code bases. It’s easy to learn and understand, easier to refactor and faster to implement. TypeScript aids developers in having the correct workflow, with reduced bugs and better-quality code. With a rich type system that includes interfaces, enums, hybrid types, generics, union/intersection types, access modifiers, and more, TypeScript is becoming more common by the day. In fact, several popular frameworks are now being written in TypeScript.

Kotlin, with its cross-platform abilities and type interfaces, is also greatly influencing the development world. Designed to interoperate fully with Java, Kotlin allows developers to choose from any Java IDE or build from the command line. With a large ecosystem of libraries for JVM, Android, and the browser, it enables developers to drastically reduce the amount of code and avoid entire classes of errors for better quality. The familiar syntax and modern capabilities across type interface, string interpolation, smart casts, default and named arguments, and extension functions make Kotlin a much-adopted programming language. And now, with Google naming Kotlin an official language of Android, it has the fastest-growing population of contributors.

With Microsoft backing TypeScript, and Google supporting Kotlin, the two languages are well on the road to continued success. Here’s a comparison of two of the fastest growing frameworks in the software development industry:

When compared to software programming, systems or embedded programming is, of course, more complex. Deep knowledge of hardware, memory, OSes, and integration as well as the complexity of testing makes systems programming a challenge. Yet, with languages like TypeScript and Kotlin that offer a very short learning curve, developers can streamline the process of systems development, and build cutting-edge embedded and systems programs.

Scalability, interoperability, ease of migration, and access to the latest tools make them both great choices for systems development:

In today’s dynamic ecosystem that is constantly undergoing change, developers have got to stay on their toes and make sure every line of code Systems programmers have a variety of choices, C is ever-popular and Python is gaining ground. That apart, a plethora of new programming languages abound. The choice of a systems programming language is an involved and complex decision.

In that scenario, what makes TypeScript and Kotlin unique is their conciseness, versatility, scalability, and interoperability. A steady growth in the number of libraries, constant support for new features and frequent updates are causing their popularity to surge. With features that allow developers to quickly and easily handle common mistakes and issues by leveraging a host of modern tools, both TypeScript and Kotlin are good choices to build robust and innovative systems software or application software – not just by experienced professionals, but also by students and amateur developers. Have you tried either TypeScript or Kotlin yet?