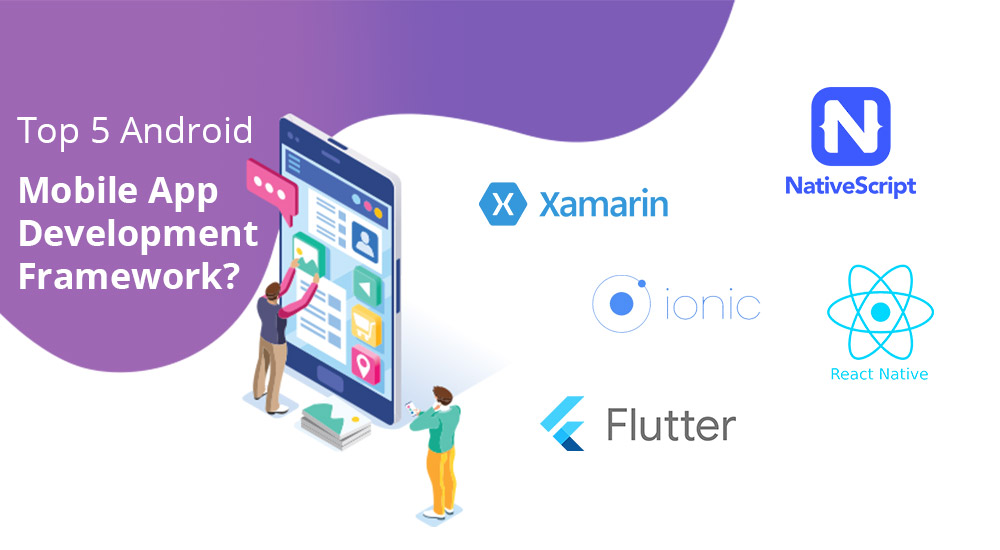 Businesses and consumers have experienced a paradigm shift from desktops to mobility in recent years. The business owners have understood to keep a constant connection with their users to remain top of the competitors, so the customers don’t get carried away by the competitors. And, now the world is in the mobile phone so should be your business which has given rise to mobile app development.

Common mobile app development platforms are Android, iOS, Windows Phone, and BlackBerry OS. Among these platforms, one of the most used is Android due to the following reasons.

Introduction To An Android App Development

Android hit the commercial market back in 2008 in the form of a mobile phone platform where the competitors like BlackBerry and iOS were expanding their services, and they were popular among the users. Well, ten years in a row, today, Android has established its authority in the mobile app platform.

Here’s a brief explanation of the android app development process:

The development of the android app requires:

What Is Mobile App Development Framework?

Frameworks are software built, tested, and optimized by experienced software developers to build applications. As a result, this software is versatile, robust, and efficient.

Frameworks have made life easier for the developers as the app developer does not need to create the app from scratch. For instance, the complicated development process, which includes writing codes, designing, testing, etc., is taken care of and controlled using frameworks. Therefore, the mobile app development framework helps developers build the app considerably less than making it from scratch.

Here’s a quick overview of top android app development frameworks for your understanding that can give the best user experience to your customers.

React Native is the Javascript framework, and it is used to build native apps for Android and iOS platforms. In addition, the framework allows the use of a single code on versatile platforms, making it the best framework in the mobile app development industry.

The React Native framework was originated in 2015 by Facebook Co-founder Mark Zuckerberg. Since then, it has been building strong in terms of its functionalities and usage. One of the major advantages of React Native is that its UI is focused and has great responsive and rendering capacities.

The React Native component library comprises action buttons, toolbars, avatars, subheaders, drawers, dividers, and a lot more. These tools allow you to customize them and make them implement the entire theme. With React Native, you can easily use third-party integrations to speed up your development process and provide the best user experience to your audience.

Some of the famous apps using react native framework includes:

Nativescript is an open-source framework that builds fully cross-platform applications on Android and iOS using javascript. In addition, the framework allows 100% Native API access, meaning you can use the same code on all the platforms without sacrificing the user experience.

Nativescript has some best features that make the developers’ tasks easier. For example, developers can use any view as the application’, show anything as a modal dialog, and update the templates for use with Angular, TypeScript, and Java. It also maintains security with easy authentication with different sign-on providers.

Some of the famous apps using the Native framework includes:

Xamarin is one of the popular cross-platform frameworks to build and design mobile apps employing a single language. It can help develop Android, iOS, and Windows Phone apps with .NET and C#. Xamarin is a part of an open-source .NET platform with a strong community of contributors from more than 3700 companies.

Xamarin allows the use of almost 90% of the same code for each of the two platforms, which makes it an extremely popular choice for cross-platform development. It saves time and energy for the developers and business owners.

This framework has been considered a popular solution for versatile businesses due to its advantages and functionalities. Industries like healthcare, manufacturing, gaming, technology, hospitality, etc., have been benefited due to its multidomain functionalities.

Some of the popular xamarin apps include:

Flutter is a UI toolkit offered by Google to developers to build web, mobile, and desktop apps. It is an open-source software development kit that was released in 2017.

The components of the flutter framework include various options for app structure and navigation, Buttons, Input and selections, Dialogs, alerts, and panels, Information displays, Layout, and much more. Some of the striking features of Flutter that make it a developer’s favorite framework include previewing the changes, having extensive documentation, and delivering high performance, which is similar to React Native.

Some of the famous Flutter apps include:

Ionic framework is best for building hybrid and interactive applications. It is common and popular among developers. It is a free and open-source mobile UI that helps develop a single codebase high-quality cross native applications for Android, iOS, and Web.

The Ionic framework was launched in 2012. Due to its ample benefits like complete control on the app foundation, unlimited customizations, and great performance across any device, it became the first choice for many business owners.

The components of Ionic have been written in CSS, HTML, and Javascript, which makes the work of developers easier, and developers are familiar with these languages. It helps them to create a robust app and bring your idea to reality in less time. This framework also allows you to use free and paid plugins to give your best user experience to your customers with app personalization.

Some of the popular ionic apps include:

How To Choose The Right Mobile App Development Company?

Choosing the right mobile app development company for your business app is a crucial decision. However, it must be taken mindfully as the success of the mobile app implementation depends on app developers in the company.

The work portfolio says everything about the company. You may get its details on the company’s website. Check about the frameworks they have used for the previous clients and if the apps are attractive enough to capture your attention or your customer base. You may also acknowledge their earlier clients in the work portfolio to check if they match your business domain.

Find What Their Clients Say About Them

Word of mouth is never losing its charm anytime soon. Check out the testimonials section of the company’s website to check their client’s review of its performance. You may also check Google Reviews, Upwork, and Clutch reviews as they are often reliable and put from the actual clients.