Why C Continues to the Preferred Systems Programming Language 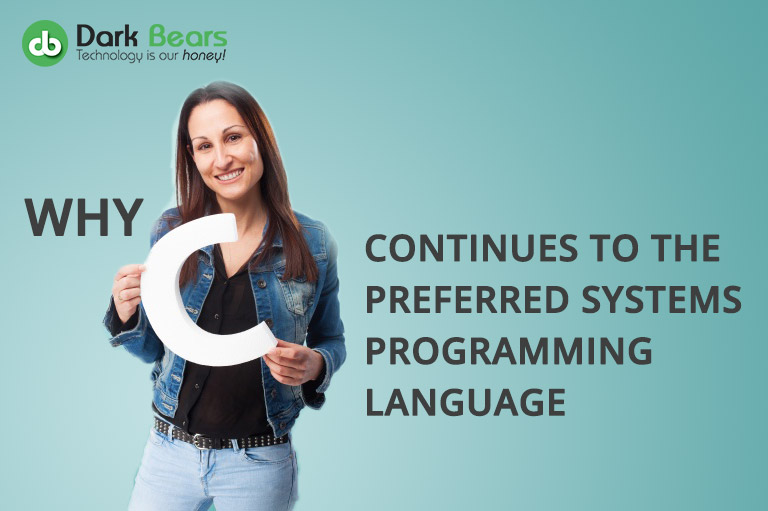 Some things, do in fact, last forever. The programming language C, that started decades ago – in 1972 to be precise – is one of them. Many of the world’s greatest products are built using C. Some decades ago, and many others that are being built today. According to the December 2018 Tiobe Index, C holds the number two spot, just after Java.

This is mainly because C can be used to compile a very wide variety of computer platforms and requires programmers to make very few changes to the source code.

Despite the prevalence of other modern, higher-level languages, C continues to stand the test of time, and empower the world as the preferred systems programming language – because of low-level access to memory, and minimal run-time support.

Systems programming, although similar to applications programming, requires developers to create programs that interact with other programs or systems, as opposed to human users.

It requires specific interactions, usually with very specific and sometimes rigid formats. And because of the presence of several non-trivial structures and architectures as well as non-traditional execution models, the need to build specific performance characteristics is crucially important for the programmer.

Although several languages are being used for systems programming, C is the still the ideal choice, due to its flexibility, efficiency, performance, and closeness to the hardware. Let’s look at some other reasons why C continues to be the preferred systems programming language:

The Language of the Future

Considering how long C has been around, the language doesn’t seem to have an expiry date. It’s closeness to the hardware, explicit memory management feature, flexible structure, compatibility, and portability makes it the ideal choice for low-level development such as operating systems and embedded software.

Read More: What To Look For in Your Systems Programming Partner

The fact that C continues to top the charts, despite the presence of so many programming languages, says a lot for C’s robustness and efficiency. Even after 40 years, the world is running on C. And as far as we can see, C will continue to be the top choice for systems programming.