If we look at the top websites such as Facebook, Wikipedia, Yahoo etc, the common fact that comes out is that all of them are developed using PHP. Well, to state here almost, 84% of the websites use PHP for delivering an extravagant experience to its users. 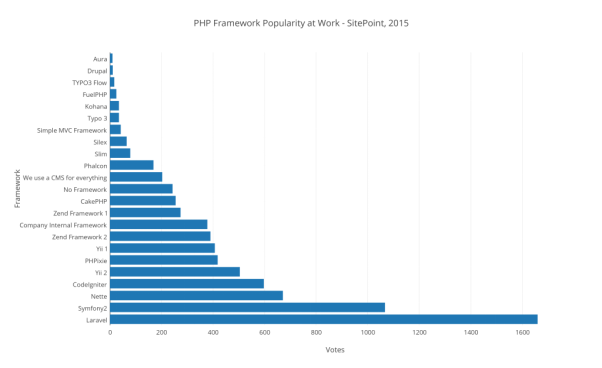 Being an excellent server-side programming language, it handles the development of complicated apps and websites in just the right way.  Not only it covers all the developmental domains, but also insists on depositing security and stability to the overall venture via its sophisticated and robust frameworks.

Therefore, the fact remains still the same that PHP and its associated frameworks will gain a tremendous traction in the upcoming year 2019. So, here find the top 9 of them which will definitely make their mark in the foreseen times.

Before getting into the discussion of top PHP frameworks, firstly find out few advantages of using them. 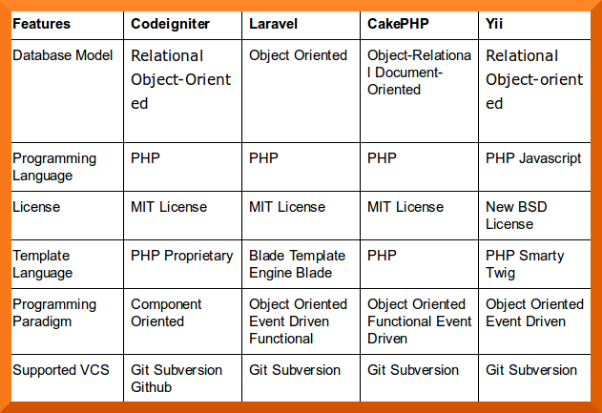 Here are lined up Top Frameworks of PHP

According to a report by Sitepoint survey, Laravel framework was released in 2011. It is widely used for developing robust websites worldwide and is acquainted with an advanced ecosystem for handling instant hosting, caching, authentication and restful routing.

Laravel offers plentiful screencast tutorials which are called Laracasts and is loaded with quite a number of object-oriented classes and libraries that help in magnifying the code clarity and presentation.

Projects such as Drupal CMS and phpBB heavily relies on Symphony framework for its seamless operation and execution. If we throw some light corresponding to its programming benefits, it comes with an admirable flexibility, support and enriched documentation.

Flexibility, reliability, ease of testing, long-term support, large community, elaborated documentation are some of the major points that go in favor of Symphony as a programming framework.

Now, when we talk about CakePHP, the first thing that comes to our mind is backend stability. Well, yes CakePHP is very well known for providing a sealed backend compatibility to your websites. It is inculcated with plentiful inbuilt features such as value verification, handling cross-site scripting, verification processes and others.

Undeniably, it can be described as one of the most lightweight frameworks of PHP. With its capability to operate on shared platforms, it is widely used for developing the websites in which the conflicts between different versions can occur.

It is the one that strictly adheres to MVC architecture and provides a free working environment to the developers.

It can be described as one of the top PHP frameworks that are currently ruling all the market virtues. The fat-free framework is loaded with numerous plug-ins, libraries and a sophisticated routing architecture.

Attributes of several routers such as URL, Cache etc are being used for designing the Fat-free framework and it sets all the advanced rules and regulation for developing robust and sophisticated websites.

Usually, the Zend framework is not used for developing minor projects, the reason being it is encapsulated with a lot of configurations and versions. Few features such as drag and drop options, enhanced coding, debugging and testing tools allow the developer to deliver high-end website solutions for their clients.

Phalcon is quite fast in nature when compared with other PHP frameworks since it is written in C and C++. The major focal point of Phalcon is to deliver optimized performance and assists in developing top-notch websites.

It is mainly known for delivering an easy installation process. Yii2 allows the developers to write the code within a short time frame and also magnify the overall execution of code with the aid of different error handling techniques.

It is an object-oriented framework that is conjugated with a different set of jQuery and multiple AJAX features.  Yii2 is encapsulated with a code generator that helps the developer to harness the required code according to their requirement.

Among so many existing PHP frameworks it is really a toil task to identify the one that suits with your venture requirements. At DarkBears, we insist on selecting the most reliable framework that completely adheres with our client requirements.

With us, you can expect quality, excellence, and commitment while you handover your venture in our hands. Hire PHP developers from the team of ours and you will never be disappointed when you will have a look at the final version of your websites. Laravel app development is already the one where we rank the charts and there are many more to come.