MEAN stack vs. MERN stack: Which is better? Here is a complete guide. 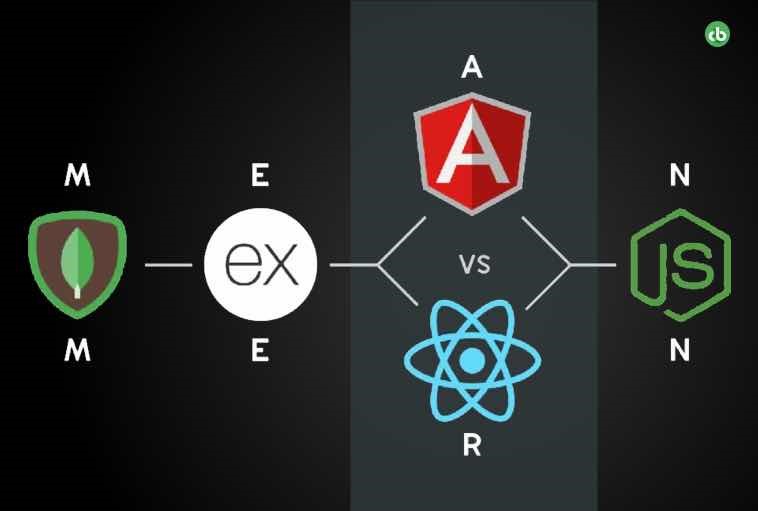 In today’s competitive environment, technological innovation is taking leaps and bounds to serve multiple industries. The web and mobile app development services have geared at the next level in the last 2-3 years. A plethora of technologies, frameworks, tools, and languages are being used by developers to build an app with extravagant features. And that’s where stack comes into the picture!

A stack is a combination of multiple programming languages, frameworks, and technologies used to build a web and mobile app.

Generally, any software is divided into two parts – front-end and back-end development also known as client-side and server-side. App developers come from multiple streams including frontend, backend, database, mobile app, and testing. Earlier, developers used to gain expertise in a particular field and enhance their career in that stream. However, things have changed. The never-ending demand for technology to build high-tech and secure applications have mandated developers to work on the client and server-side.

This is the reason full-stack development services are in demand. Its unique code for multiple technologies and multi-tech projects to build awe-inspiring UI/UX makes it the first choice for developers.

However, the selection of the right technology stack can create a great impact on in-app enhancement and success.

In this blog, we will focus on two popular stacks – MEAN Stack and MERN Stack. We will understand how these technologies are used, their advantages and limitations, and how they differ from each other to build secure and scalable projects.

So, let’s get started.

What is MEAN Stack?

MEAN Stack is a set of all JavaScript-based frameworks or technologies used in the development of a web-based application. The acronym MEAN stands for MongoDB, ExpressJS, Angular, and Node.js, and this technology is highly used to build real-time applications. You can hire MEAN stack developer to build an advanced and dynamic mobile application with having complex development algorithm.

What is MERN Stack?

MERN stack is a JavaScript-powered stack that is created to deliver a uniform development process. The acronym comprises four components including MongoDB, ExpressJS, React, Node.js. It allows mobile app developers to work on front-end and back-end technology to build a robust and scalable app with a seamless user experience.

Hire MERN stack developer to build a robust and secured app as per your business demand.

The front-end is the face of the application expression. It is used by the end-users to interact with the website or a web app. It includes website design, user experience (UX), graphics, web content, and all other components that relate to the website’s look and feel.

On the contrary, the Backend is the backbone of the entire application just like the spinal cord of our body. It’s a hidden logical part where the data is stored, processed, manipulated, and retrieved to display it on the front-end to users. All the web functionalities and the clickable actions are performed in the backed. It mainly targets ‘response’ given to users which includes calculated results or the processed data.

This is where MEAN Stack and MERN Stack differ.

To sum up everything, these two stacks are made up of a combination of the 5 technologies. Let’s have a brief look at these key technologies regarding both stacks.

Both MEAN and MERN offer top-notch security for app development so you can rely on any of them. When it comes to a scalable solution, MERN outperforms MEAN in delivering high scalability for web development.

If you’re looking forward to building an enterprise-level app like LinkedIn with MVC architecture support, MEAN stack is the best option to choose. However, if you want to manage code in a simple manner, you can go with MERN since its component-based approach helps with faster development.

If you’re someone who wants a high-performing and advanced user experience, the MERN stack would be the best choice for you. This stack generates the frame and represents it on screen in no time to deliver a constant user interaction.

With the MERN stack, you can create and extend CRUD from beginning to end of an app. As the tech-stack comprises React.js, it manages rapid changes in data and provides an appealing user interface. If you’re looking forward to building SPA, MERN is the ideal framework. It is one of the best alternatives to building a CRUD-based web app.

When you need third-party support to build enterprise-level apps, the MEAN stack is the best option. Since it comprises Angular which has built-in features to support HTTP calls to unite the back-end, it takes care of the third-party extension in an easy way while MERN requires extra configurations to integrate the support.

Since the MEAN stack is a complete framework, AngularJS in MEAN stack offers more productivity as compared to the MERN stack since it contains CLI that offers handy features and tools for quicker development. React JS in the MERN stack needs the support of third-party libraries which offers relatively low productivity.

Let’s find out the difference between MEAN and MERN to find the uniqueness between both development stacks.

MERN stack and MEAN stack developers have their own set of advantages and disadvantages. Let’s see.

Before choosing any technology for your project development, consider the below scenarios and questions:

Based on the answers to the above question, the most viable options in 2021 is to hire full-stack development services (which covers MEAN and MERN stack)

Which is Better: MEAN Stack or MERN stack?