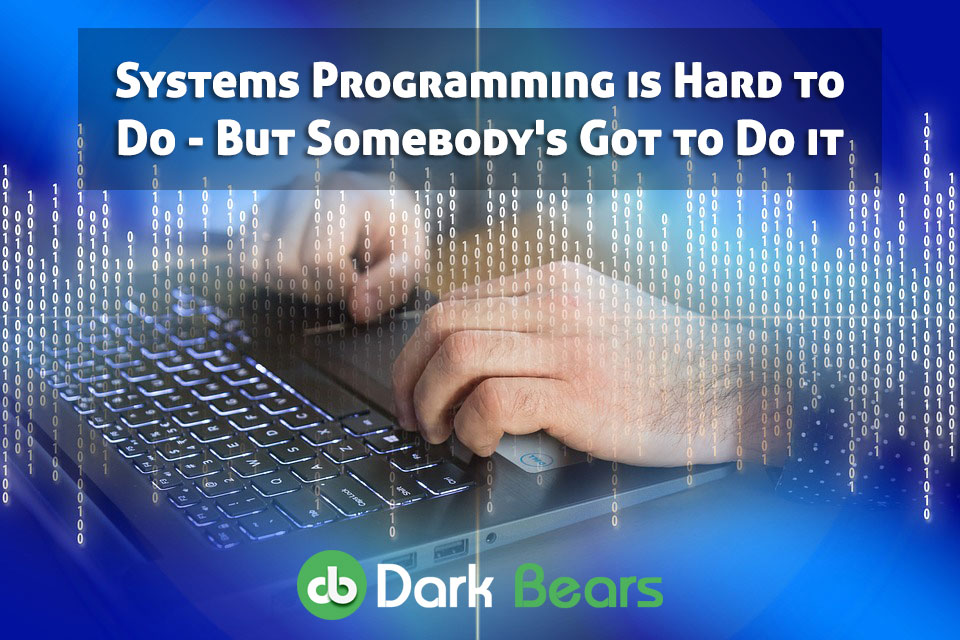 What Systems Programming Really is

Before diving into what systems programming is, it’s important to understand what system software is. System software is any software that provides a platform for applications to be built; one that can be easily modified (or uninstalled) without affecting the functioning of other software. These comprise operating system (OS) programs and services including settings, device drivers, file libraries, and other configuration items that provide services to applications.

How it is Different from Application Programming

Why Systems Programming is Tough

In a modern world where mobile and web apps are taking the world by storm, systems programming plays a crucial role in ensuring high speed and appropriate performance. By installing, customizing, and maintaining the OS and related hardware, databases, libraries, and configuration files, systems programming makes efficient use of available resources to improve app performance and allows small efficiency improvements to directly transform into app success. It’s like we said, it’s a hard job -but someone’s got to do it!